“The Big Beam Job” where we did a massive LVL beam installation.

This project was known as “the big beam job”. Although it wasn’t the heaviest load bear beam job we have done, but it was the longest one yet. We removed the load bearing wall between the kitchen and living room to open up the floor plan. The existing kitchen soffit was removed by the homeowner, but we had to push back insulation in attic, cut open more of the kitchen ceiling to access the ceiling joist as needed in order to get the beam up and in final resting place. Everything was then drywalled, taped and ceiling textured stomped.

We were contracted post LVL Installation to install new hickory engineered hardwood flooring throughout the kitchen, dining room, living room, and misc areas of the 1st floor. Post cabinet installation was contracted to install crown molding on the cabinets. 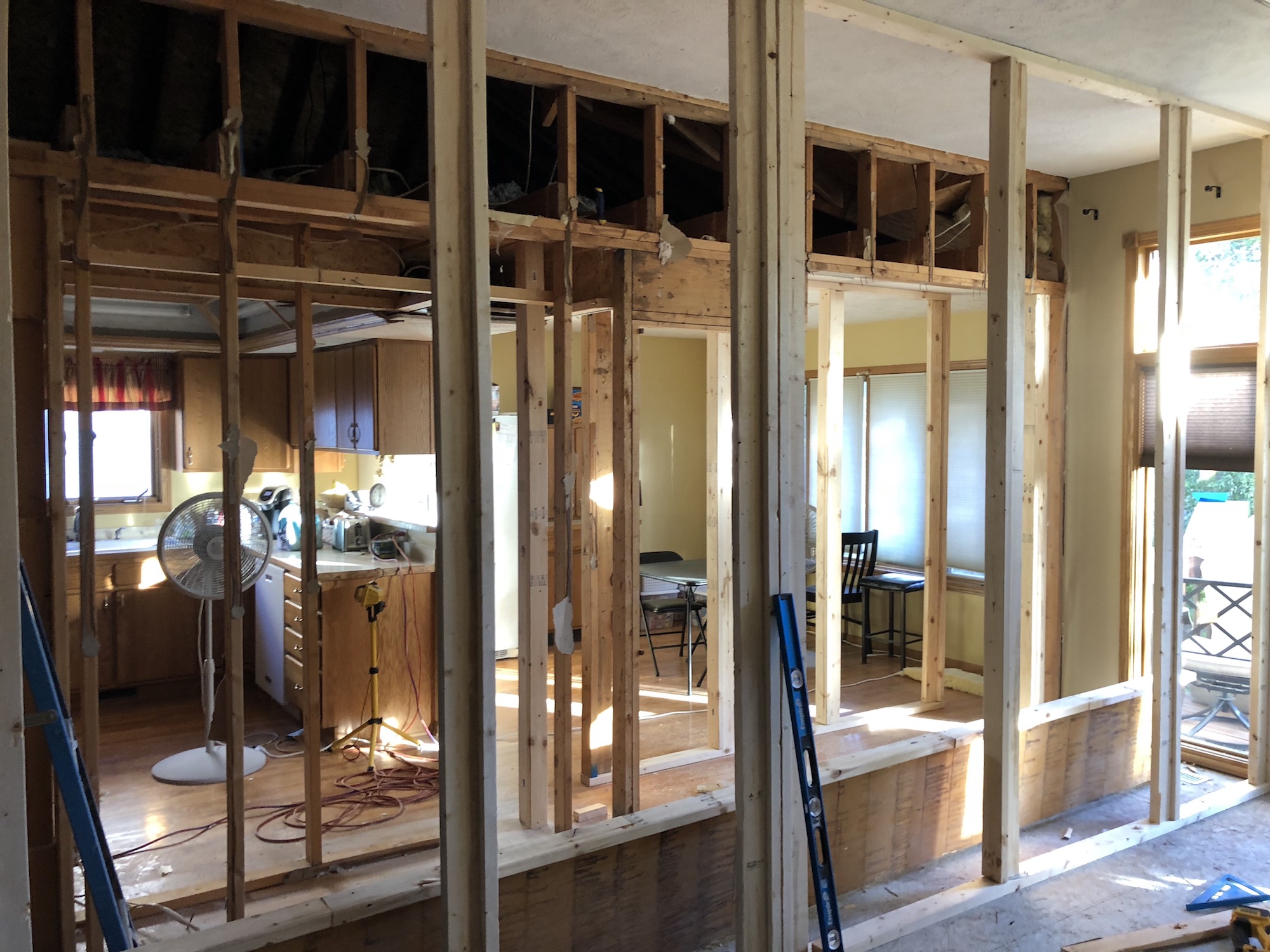 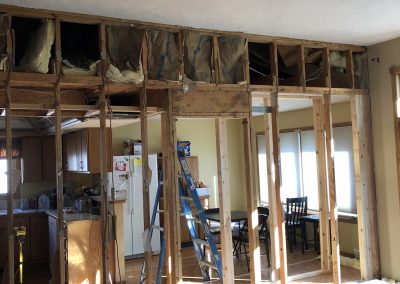 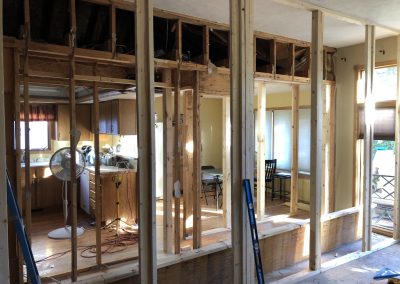 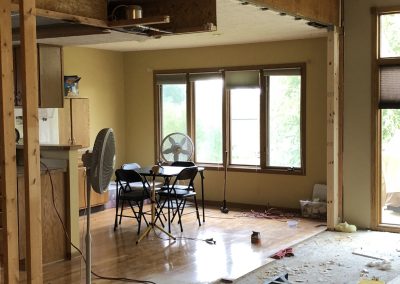 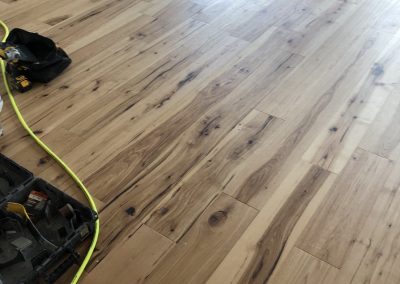 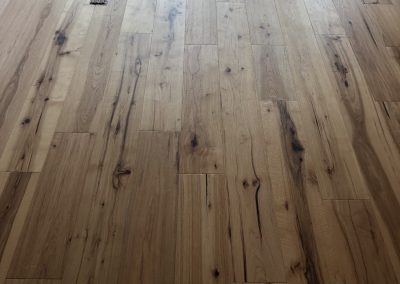 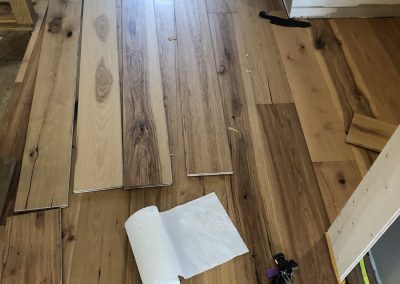